The State Administration of Press, Publication, Radio, Film, and Television of the People’s Republic of China (SAPPRFT), has recently banned hip-hop culture, along with people wearing tattoos to be able to appear on television. 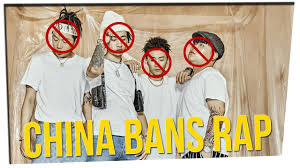 Some people feel as though this ban is a way for China to promote rap and hip-hop to be more positive, while others feel as though SAPPRFT is “stiffing the culture.” These two opinions are definitely relevant today because of how popular hip-hop is in China and everywhere else in the world. Hip-hop and rap music can be known for degrading women, promoting drug use, and influencing people to be trigger happy. Gun violence is still very much an important issue and it affects so many people around the world. Hip-hop culture has been blamed many times for influencing people to engage in negative activity. However, not everything about hip-hop culture is negative.

Could it be that China is just trying to influence hip-hop to be more positive? According to Billboard.com, the director of DianYinTai (an independent dance music streaming service in China), Stephen Dowler, thinks so. Dowler told Billboard that, “The government is flexing its muscle to guide hip-hop in China to project positivity while filtering out the negativity,” he says. “During this process some will get caught up in the filtration, but I don’t mind the ultimate goal of trying to get more positivity out of hip-hop. The government is definitely not trying to suppress hip-hop itself though, as Chairman Xi supported hip-hop at the last government meeting, saying he wanted to support the cultural environment referencing hip-hop specifically. Filtration, not suppression, I think, is the operative term.”

Or, could it be that China is actually trying to suppress the culture? Many social media users have expressed this opinion. According to TeenVogue.com, “Social media users in China haven’t responded as kindly, with Time noting that users have accused SAPPRFT of stiffing the culture and using “childish logic.” 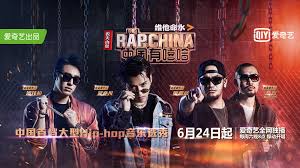 According to Billboard.com, China’s ban of Hip-Hop culture and tattoos being featured on television is most likely because of its large amount of success in mainstream Chinese media. Whether the ban was enacted in order to clean up rap and hip-hop culture, or to actually suppress it, people are still outraged from this action.

Will China eventually lift the ban, or will it stick to its guns and keep hip-hop culture and tattoos off the air?